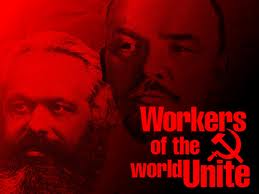 State Liberal and federal governments are all on the same page when it comes to smashing trade union and democratic rights. The Abbott government hit the ground running last week with a bill to not only re-establish Howard’s Australian Building and Construction Commission but to strengthen its powers and extend its coverage beyond building unions. In Queensland the government rammed through its sixth anti-union bill, described by Queensland Council of Unions as “worse than WorkChoices”, and that is no exaggeration.

While the federal government is waiting for the outcomes of the Productivity Commission review of industrial relations before it releases its more far-reaching policies, the Queensland legislation gives an insight into what lies ahead for the rest of the Australian workforce and their families.

In reality, the only harmonisation is with the Howard government’s WorkChoices, except that it goes even further in attacking trade union rights and breaching international labour conventions such as the right to collectively bargain and right of association. Its provisions include:

In effect, the Harmonisation Bill lays the basis for a massive onslaught on past gains, the sacking of thousands more employees, lower wages and grossly inferior working conditions – all in readiness for the privatisation of the public sector.

Labor renamed Howard’s Australian Building and Construction Commission (ABCC) as the Fair Work Building Industry Inspectorate and modified a few of its worst features, such as reducing the penalties and coercive powers of the ABCC. The Coalition’s legislation goes much further than restoring the original Howard government’s model.

The ABCC Transitional Provisions Bill gives the ABCC retrospective powers to revisit and take up matters that may have been resolved in the past. For example, a dispute over safety, where Work Cover inspectors were called in, agreed with the union position, the employer took the necessary action and the matter was settled. The ABCC will be able to take the union, its officers and members who took action to court.

The ABCC Bill extends coverage to any resources platform in the exclusive economic zone or in the waters above the continental shelf and any ship, in the same zone or waters travelling to or from an Australian port. It will also cover transportation and supply of goods to be used in building work such as by rail, plane or truck as well as ship. And it is extended to cover off-site pre-fabrication of made-to-order components for parts of buildings, structures or works.

This means the Maritime Union of Australia, the Transport Workers Union, rail, manufacturing and other unions could be policed by the ABCC.

Community and trade union pickets are outlawed. If members of the community independently set up a picket, the union could be subjected to massive daily penalties.

The right to strike or take any other form of industrial action is all but completely outlawed with trade unions, officials and workers facing the ongoing risk of being sued millions of dollars for damages in addition to the hefty penalties.

There is a mandatory penalty of six months jail for failing to attend a secret interrogation session, or not answering questions or providing documents and other information as demanded by the ABCC. Refuse to say who attended a union meeting or repeat what your mate or union organiser said at a meeting or over a beer in the pub, and it is six month’s jail.

The aim is to rid the building industry of militant workers and unions by intimidation and by bankrupting them, thus paving the way to slash wages and working conditions and boost profits in a deregulated, union-free environment.

There are other dangerous provisions in Abbott’s ABCC legislation that criminalise legitimate trade union activity but all the media does is repeat the lies about “thuggish” and “violent” trade union behaviour and ignore the criminality of employers who do not pay workers’ legal entitlements and put workers’ lives and health at risk.

Labor has a lot to answer for by not completely abolishing the ABCC and restoring basic trade union rights such as the right to strike.

Relevant association is defined to be “any other group of 3 or more persons by whatever name called, whether associated formally or informally and whether the group is legal or illegal”. It could be a club, a trade union, an activist group or a political party. It does not have to be a criminal association.

“Declared offences” are listed in Schedule 1 of the Act. They range from serious ones such as murder and sexual offences through to the dangerous operation of a motor vehicle, receiving tainted property, and affray (taking part in a fight in public). Unlawful assembly would be enough. The offence does not need to carry a jail sentence.

The onus of proof is on the individual convicted of an offence to prove that the offence committed was not related to the relevant association’s activities or purposes. Otherwise that person is deemed to be a vicious lawless associate and serves a mandatory 15 years in prison or 25 years if an officer of that association. That is over and above any other jail sentence if there was one. The only way of shortening that sentence is by becoming an informant.

It is a mistake to describe the Act as just a “bikie law”. The draconian, fascist-style provisions could be applied to political parties, trade unions, anti-coal seam gas mining groups, a group protecting the Barrier Reef, opposed to live cattle exports, peace activists or a group of friends.

Take, for example, an affray on a union picket as police tried to bust it. Union officials or members are arrested and found guilty. If the government determines the union is a relevant association, automatic 10- and 25-year jail sentences would apply.

The legislation creates new offences for members and participants (eg attend more than one meeting) which carry minimum jail sentences of at least six months. These include three or more members or participants gathering together in a public place; or entering or attempting to enter a prescribed place.

The government has already arbitrarily declared 26 motorcycle clubs to be criminal organisations and their offices or meeting rooms to be prescribed places. They are listed in Schedule 2 of the Criminal Organisation Disruption Amendment Bill. The listing of organisations as criminal is quite arbitrary.

The government has acted as prosecutor, judge and executor, apart from anything else, seriously undermining the separation of powers in the Constitution.

If someone suspected of being a member or participant is charged with a criminal offence, special rules apply. These deny those charged a number of basic, internationally recognised rights afforded to alleged criminals. These include seizing vehicles, suspending driver’s licences, arrest and detention without the usual warrants and mandatory minimum sentences.

Failure to answer questions, take an oath, or hand over documents to the Crime and Misconduct Commission is contempt of the CMC, punishable by mandatory jail sentences. There is no right to avoid self-incrimination. The Supreme Court decides the penalty for a first instance of contempt. On the second occasion, there is a mandatory jail sentence of 2.5 years and then five years after that for each offence.

Not surprisingly, the legal system, including judges, has raise objections over the legislation. The onus of proof is reversed, with the alleged member or participant having to prove they have ceased to be or never were a member of or participant in the “criminal organisation”. Likewise, it is up to them to prove an organisation is not criminal. There is no onus on the government when the organisation is listed.

Schedule 1 of the Act lists criminal organisations and prescribed places. The list at present contains the names of 26 motorbike clubs and their offices or meeting rooms.

A constitutional challenge is being mounted and in light of our international legal obligations and precedent, it should have a good chance of success – but nothing is certain about law.

The Newman government is relying on the media’s constant portrayal of bikies as drug-running, violent criminals, to cover up the fascist-like details of the legislation and its real intent.

So far, the people of Australia have escaped the severe austerity measures being imposed in Greece and other parts of Europe. But not for much longer if the corporate sector gets its way. The neo-liberal economic agenda has reached a new stage, one that requires a massive take-back of past gains.

The sacking of tens of thousands of public servants and privatisation of government services is only the beginning. We are constantly being told the “age of entitlement” is over, that wages need to be reduced, services cut, that people should provide for themselves and not rely on the “nanny state”.

The ruling class has been putting in place for some time measures to prevent resistance to its economic and social agenda that will bring about a massive reduction in living standards and cuts to services.

The most recent federal and state legislation is part of that process.

There are a number of common themes running through federal and state legislation, all of which breach basic and internationally recognised democratic rights. A number of them were first trialled in the “anti-terrorism” and ASIO legislation. The excuse then was September 11 and the terrorist threat. Now they are gradually being extended across the community. None of them are justified or necessary to protect our security.

These breaches include the direct conviction and sentencing of people by the executive arm of government (contravening separation of powers); reversal of onus of proof; denial of right to remain silent; denial of basic trade union rights (association, negotiate collective agreements, strike, right of entry, political activity, etc); and freedom of speech and political activity.

These fundamental breaches of democratic rights follow a pattern seen in the anti-terror laws that ostensibly set out to criminalise terrorist organisations, make it illegal to belong to them, to associate with members, and bypass legal norms of interrogation and searches with standard safeguards. They slipped through in the name of fighting terrorism, now they are being extended into other arenas in the name of fighting criminal bikie gangs.

There is absolutely no reason for these additional police powers or the waiving of basic legal rights or introducing special laws with mandatory sentences. Existing criminal law is more than adequate.

Likewise the outlawing of basic trade union rights and legitimate trade union activity, regardless of how it is dressed up or what reasons are given, is totally unwarranted. The aim of such legislation is to destroy trade unionism, prevent workers defending themselves and giving employers a free reign to increase the exploitation of workers and boost profits.

Workers individually are powerless. Alone they are at the complete mercy of an employer who will exploit them to the hilt and put their health and their lives at risk to do so. It is their organisation in trade unions, their unity – the power of the collective – and ability to withdraw their labour that gives workers the strength to defend their rights. It is this strength that WorkChoices set out to destroy. The Abbott government and its state counterparts want to finish the job off once and for all. This involves not only destroying unions but ensuring that all dissent and organised opposition is quashed.

The industrial relations legislation outlined above is part of a wider process facilitating the imposition of the corporate global agenda. It can only be defeated by creating wide awareness of what is taking place and by building the broadest possible movement of trade union, left and progressive political forces and community organisations. Each new encroachment on our rights makes the task more difficult and more urgent.